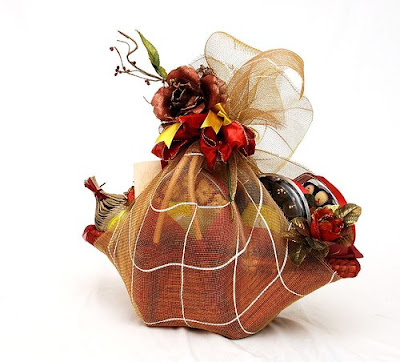 Morrison’s have a ‘miles’ scheme where you get points for every litre of fuel you put in your car and you can also buy savings stamps in store, said to be a good way of saving up for the extra outgoings on groceries at Christmas. You can buy stamps to save up to pay your phone and a few other bills and there are probably lots of other similar schemes about, but they’re the ones I know of.

Hamper and high-street voucher schemes also seem quite popular - several people I know have joined them and are looking forward to their Christmas goodies. The dairy our old milkman worked out of used to have a scheme where you paid in a couple of pounds a week and would receive all sorts of food delivered to your door. All sounds good and funky I guess, but what’s it really worth?

Well for one, you don’t get any interest on any of the above schemes. Points, tokens, stamps and the likes are worth nothing more than the money would be had it been sitting in a piggy bank in your kitchen. And what’s more, the money is in no way protected the way it would be if you’d put it into a savings account with a proper bank instead. Should Morrison’s or the dairy go bust, all that money would just disappear out of the window. Should the bank go bust, the government would have to step in and give the customers their savings back because that’s what they’ve pledged to do through the Financial Services Compensation Scheme (FSCS) and it’s all part of the reason why we’re advised to use banks instead of stuffing the money under our mattresses (up to £35,000 is protected - way more than anybody would put into a stamp or hamper scheme!).

The strange thing is, it’s often those on a low income that use these stamp and hamper schemes believing they’ll help them budget even though most have access to a computer and could just as easily put the money into a savings account and use a spread-sheet to track how much is to go to what. That way they’d earn some interest on their savings and they’d know that whatever happened, especially in today’s unstable financial climate, there money would be safe.

It’s said that the rich are only rich because they’re canny with their money and I do believe that’s the truth. Using savings stamps and hamper schemes isn’t a canny (clever, for those who don’t understand our lingo) - you might just as well keep the money under the mattress instead.

I appreciate the comments you leave as I find them inspiring, thought provoking, funny and some have even been known to bring a tear to my eye. I try to answer as quickly as possible but sometimes I miss a few. Please excuse me if that happens to you.